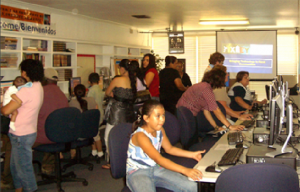 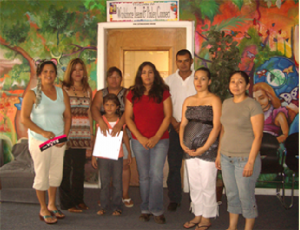 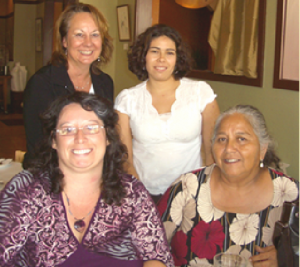 CAWA  (California Women’s Agenda) held a Call to Action in 2009 in the Central Valley on April 3-5,  for the Beijing+15 Platform for Action 2010.  This  Call to Action convened women in Visalia, CA, Tulare County from 5 other California counties.  We exchanged stories,  heard testimonies on critical concerns for our lives and our families,  held panels on pressing issues of Health Care and  Immigration Reform,  prioritized issues and began discussions about strategic actions to implement them.

Click here for the list of issues and priorities. These issues prioritized by women in the Valley will be included in the  California Women’s Agenda for the US Women’s Agenda 2010 that will go to the UN Beijing +15 global agenda.

We  launched the California Women’s Agenda 2010 out of the Valley to engage women ‘behind the digital curtain’ and create ways for them to have a voice in public policy in agendas of our state and nation – Women’s Intercultural Network’s mission!  This Call to Action arose from our  ‘digital’ project of 2006-07 in the Central Valley, a partnership of WIN and AT&T.  We are grateful to Eric Johnson and AT&T,  and others for the opportunity to have farmworker,  indigenous and tribal women’s voices as part of the CAWA action network.

Women’s Plans for Action are works in progress locally and globally and are reviewed and reaffirmed every five years.  Our state action plans go through the pipeline to the global agenda via US Women Connect, to a US government Women’s Council,  to a UN Commission on Women and on to a Fifth World Conference on Women.

Sign up for CAWA alerts, and join the action locally and globally – on-line or on the ground!,  Find out how to convene a Call to Action in your county or region of the state.  2010 will be a banner year for women’s agendas – from your community – across the pipeline from Visalia, CA to the global agenda at the UN CSW –, March, 2013 next year.

CAWA initially took our ‘Reaching Women Behind the Digital Curtain’ initiative to the Central Valley in mid-August, 2007 and met with women who are running computer learning centers and engaging women and girls in leadership opportunities. They were eager to connect to the CAWA network with the critical concerns of farmworker women and other marginalized women in Tulare and Central Valley counties.

Sandra Orozco, Pixley Connect; Graciela Martinez, Proyecto Campesino; and Robyn Flores and Erin Garner-Ford, Advocacy Coalition of Tulare County (ACT) will be representing CAWA in the Tulare County region and will bring the voices and stories of the Valley women to CAWA for this web page and sending their actions to the full state CAWA action network.

Tulare County is the second-leading producer of agricultural commodities in the United States. The farmworkers of Tulare County feed 80 countries, including much of the US. Tulare County is also recognized as the largest agricultural-producing county in the world and ranks number one in the state, as well as the nation, for total milk production. The county’s agribusiness alone produces over $3 billion. And yet, the women who work on these farms have little access to health care or quality education for their children.

We also met with Lali Moheno, Chair of the Annual Farmworker’s Health Conference, and CAWA returned to Visalia in October for that impressive conference of 500 women as a Co-Sponsor. (See our page in the program below). We surveyed the participants to find out their priorities a sample is published here.

We are grateful for our “Digital Divide” project partnership with AT&T Foundation, who made it project possible for indigenous, farmworker, and immigrant women to have their voices heard in California.

View the program of the upcoming Farmworkers Health Conference 2008.

Watch this page for updates on these programs and for actions to support the women of the Central Valley.

See the notes from the 2009 Call To Action in the Valley HERE.